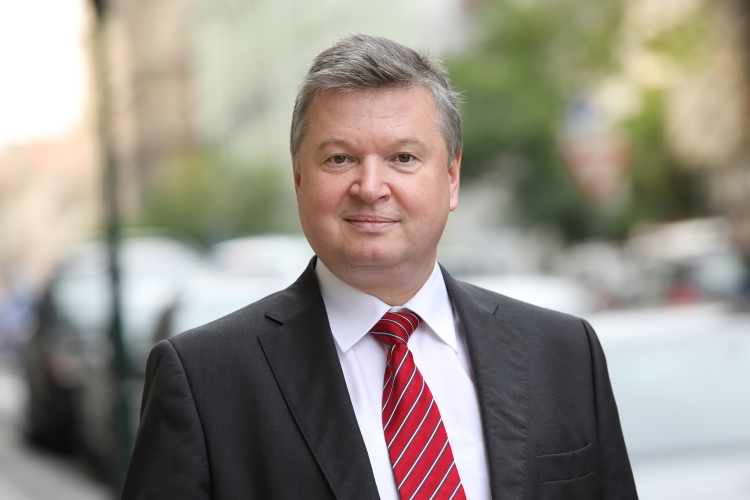 Ing. Pavel Švagr, CSc. has been serving as the Chairman of the Administration of State Material Reserves since 12 October 2014 when he was appointed by the Government of the Czech Republic.

Since the beginning of his office, he has been taking steps aimed at opening the Administration to the public and media. He has initiated a process which should increase the transparency of this institution’s business management, for example, by making public on ASMR’s website all new contracts concluded with external emergency supplies protectors. In respect of previously concluded contracts, he negotiates amendments which could improve the state’s position. These amendments should be made public, too. Along with his team, Pavel Švagr has also changed the procedure in concluding new contracts. Instead of contracts for indefinite periods, only contracts for two up to three years and with options are concluded. Thereafter, the respective contract is awarded within a new procurement process, by which the state verifies the advantageousness of the price.

Pavel Švagr graduated from the University of Economics in Prague where he then worked as a professional assistant. In 1989, based on his dissertation thesis, he acquired the CSc. degree.

Between 1990 and 2000, he worked in the Department of Small-scale Businesses and the Department of Management of the University of Economics in Prague. Concurrently, between 1998 and 2000, he worked as an advisor of the Minister for Local Development. In 2000, he stood at the genesis of the State Fund for Transport Infrastructure and was its Director until 2007. In July 2008, he became the deputy General Manager for Economy of the Railway Infrastructure Administration. In October 2008, he started working for České dráhy (CD) as the economic deputy’s advisor. In May 2009, CD’s Board of Directors appointed him the deputy of the General Director for Personnel Affairs. He held this position until August 2013. For a short time, he was also a member of CD’s Board of Directors.

Pavel Švagr is a transport expert focusing, in the long term, in particular, on the funding and management of transport infrastructure and the development in the sphere of road, rail and water infrastructures. He cooperates with several universities, gives lectures, and participates in the preparation of publications.